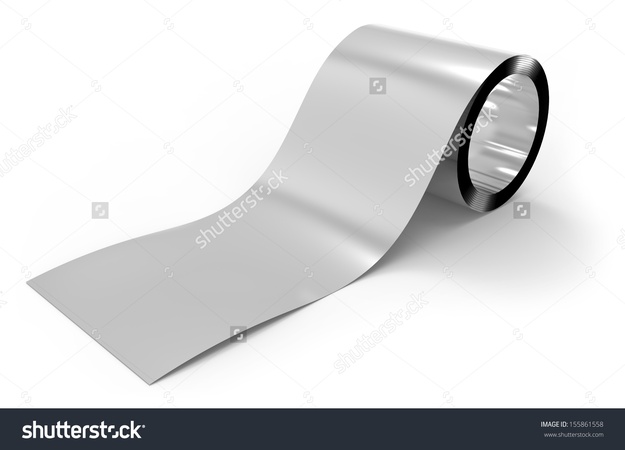 The supplier is not verified

Mu-metal is a nickel–iron soft magnetic alloy with very high permeability, which is used for shielding sensitive electronic equipment against static or low-frequency magnetic fields.

Mu-metal typically has relative permeability values of 80,000–100,000 compared to several thousand for ordinary steel. It is a "soft" magnetic material; it has low magnetic anisotropy and magnetostriction, giving it a low coercivity so that it saturates at low magnetic fields. This gives it low hysteresis losses when used in AC magnetic circuits. mu-metal has more advantage as it is more ductile and workable, allowing it to be easily formed into the thin sheets needed for magnetic shields.

Mu-metal objects require heat treatment after they are in final form—annealing in a magnetic field in hydrogen atmosphere, which increases the magnetic permeability about 40 times. The annealing alters the material's crystal structure, aligning the grains and removing some impurities, especially carbon, which obstruct the free motion of the magnetic domain boundaries. Bending or mechanical shock after annealing may disrupt the material's grain alignment, leading to a drop in the permeability of the affected areas, which can be restored by repeating the hydrogen annealing step.

The high permeability of mu-metal provides a low reluctance path for magnetic flux, leading to its use in magnetic shields against static or slowly varying magnetic fields. Magnetic shielding made with high-permeability alloys like mu-metal works not by blocking magnetic fields but by providing a path for the magnetic field lines around the shielded area. Thus, the best shape for shields is a closed container surrounding the shielded space. The effectiveness of mu-metal shielding decreases with the alloy's permeability, which drops off at both low field strengths and, due to saturation, at high field strengths. Thus, mu-metal shields are often made of several enclosures one inside the other, each of which successively reduces the field inside it. Because mu-metal saturates at such low fields, sometimes the outer layer in such multilayer shields is made of ordinary steel. Its higher saturation value allows it to handle stronger magnetic fields, reducing them to a lower level that can be shielded effectively by the inner mu-metal layers.

·        Electric power transformers, which are built with mu-metal shells to prevent them from affecting nearby circuitry. high quality but low noise audio frequency transformers.

·        Hard disks, which have mu-metal backings to the magnets found in the drive to keep the magnetic field away from the disk

·        Cathode-ray tubes used in analogue oscilloscopes, which have mu-metal shields to prevent stray magnetic fields from deflecting the electron beam

·        Magnetic phonograph cartridges, which have a mu-metal case to reduce interference when LPs are played back

·        The magnetometers used in magnetoencephalography and magnetocardiography

·        Fluxgate magnetometers and compasses as part of the sensor

What is a magnetic field?

We are surrounded by magnetic fields (both AC and DC) from the earth’s magnetic field to man-made sources such as magnets, motors and transformers. When a piece of sensitive equipment is being affected by these fields we need to produce a shield. Examples that are affected are cathode ray tubes, photomultiplier tubes, audio transformers, scanning electron microscopes, position sensors.

How does a magnetic shield work?

The most common shielding alloys are chosen based on the intensity of the magnetic field. If the magnetic field is too high for the material chosen it will saturate and become ineffective. In this case you can use a multi layer shield with a combination of the different alloys. Alloys should also have a very low remanence to prevent them becoming permanently magnetised.

What is the best shape for a shield?

The most efficient shape is spherical but this is very difficult to produce and largely impractical in most shielding applications. The next best is a cylinder with closed ends. These end caps significantly increase the shielding attenuation. This is followed by a box shape but the corners need to have a large bend radius to minimise flux leakage. If possible do not use a flat sheet .

What is the difference between RF and Magnetic Shielding?

Radio Frequency shielding is required to stop high frequency fields (> 100 kHz) and copper, aluminium, metallised plastics are normally used because they are conductive and have very little permeability. Magnetic shielding is typically found in the 30 – 300 Hz AC range.

What is the difference between DC and AC?

DC is direct current that flows in one direction only such as the fields emitted from the Earth or produced by magnets and some motors. AC is alternating current that reverses its direction over a short period and these fields are generated by typical 50-60 Hz electric power equipment.  Magnetic shielding is effective for both of these types.

What is magnetic permeability?

It is a materials ability to absorb magnetic flux. It is a ratio of flux density to field strength. The higher the permeability the better the magnetic shield attenuation performance.

What is field attenuation?

For a closed shielding can :

For a long hollow cylinder in a magnetic transverse field :

In the case of multiple layer shields with air gaps provided by insulating spacers  the shielding factors of the individual shields are multiplied  together resulting in excellent shielding factors.

Why are both, FeNi48 and MuMetal used together?

Why is a final heat treatment required for Mµ-Metal, FeNi48 and pure iron?

After plastic deformation a high temperature  heat treatment is required to rearrange the crystal structure as well as allowing the grains to grow. Without this final heat treatment the magnetic properties and the shielding attenuation will be much reduced.

Do cryogenic temperatures affect the performance of MuMetal?

Can you use magnetic shielding materials at high vacuum?

MuMetal is similar to stainless steel so out gassing is minimal.

Can a shield be re heat treated?

Yes it can be if it has received knocks or if there are concerns about the shields shielding ability.

Do you carry stocks of shielding alloys?

Yes. We carry and sell a large range of stock including sheets and coil from 0.1mm to 5mm in thickness in MuMetal quality.

Can you weld material  µ-Metal?

Yes without a problem but it must be fully heat treated after welding.

What is the Minimum Order Quantity required to buy?

If we have material in stock, there is no MOQ. We can give minimum of 300 mm / 1 feet too. But if we do not have stock, it will depend on the size and quantity.