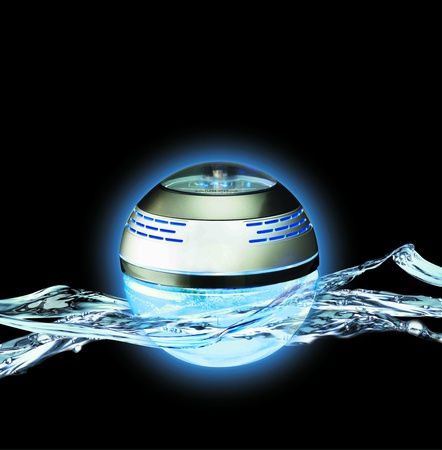 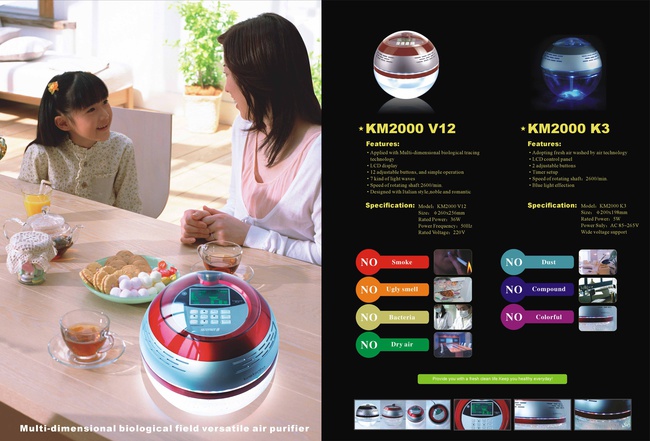 The supplier is not verified
Get quotes for logistics

This is one of the types of technology developed in Russia and around the world called "Snowstorm Torpedo military technology". Inside our air purifier is a tapered tube that we call an acentric tube, that is, without a center. Inside this pipe are located thousands of nano-holes through which it breaks at a speed of 9200 times per minute a mixture of water and living plant enzymes until it turns into the finest gaseous dust. These tiny nanoparticles enter the cleaning booth. It is there that they encounter poisonous substances, airborne, bacteria, smoke, dirt particles, etc. Then happen the following reactions: A) Smoke and dirt particles are captured by these tiny nanoparticles and together with them they are collected in a water sump. B) Poisonous substances 1.soluble poisonous substances such as methane, alkaloids, etc. also captured by nanoparticles and collected in a water sump. 2 insoluble toxic substances such as volatile organic compounds, benzenes and formaldehydes collide with nanoparticles and decompose into soluble elements using several types of light waves (photons) with different wavelengths. C) Removal of germs. 1 Aerobic organisms are also surrounded by nanoparticles and in the absence of access oxygen die. 2 Anaerobic organisms are destroyed by ultraviolet radiation emitted by weak ultraviolet waves

2 Biological scanning technology.
Based on American Military Technology - Biological Technology scanning allows you to determine the energy of the biological field of living organisms and display data on the liquid crystal display. They are then analyzed in automatic mode and are driven in accordance with the operating parameters. This biological scanning technology plays a central role in the operation of our air cleaner. When the device detects any environmental pollution and danger to a person, he begins to work with increased intensity, and when such a danger no, then the intensity of work weakens or even the device goes into sleep mode.
3 Photonic Optimization Technology:
There are 6 types of weak waves (photons) with different wavelengths, each
a variety of waves affects the purified matter with different intensities. That's why
we pay attention to weak waves of the red spectrum - they kill anaerobic
microbes and restrain their revival, and strong white spectrum waves, when they have
influence on the nanoparticles of the processed substance inside the glass tank,
make plant enzymes release nutrients (Here, when nano-
particles hit inside the glass tank with tremendous force and speed, they
emit a large number of negatively charged ions, which also
have a beneficial effect on the cleansing process)
4 Purification with live plant enzymes Based on the extraction of several types of herbs in high-tech nano- the device and receipt of live plant enzymes that help to eliminate formaldehydes, benzenes, volatile organic compounds and other poisons, contained in the air, and also kill bacteria and viruses.